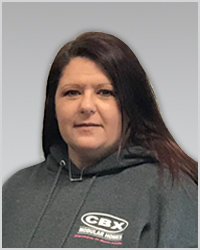 Dee is the owner and President of CBX Modular Homes. She founded CBX in 2004. She is a self-taught Class “A” Licensed Contractor and proud mother of 2. She is passionate about her job and going out of her way to make sure the buying experience is a pleasure for her customers. In her early years she could be seen doing anything from picking up trash on her jobsites to installing driveways and digging footers. She is truly a “hands on” owner. 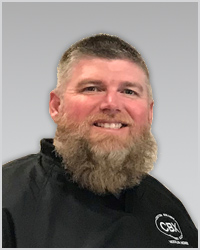 Joe Gurganus owned and operated his own home remodeling company “Instant Home Improvements” and also a tanning salon called “A Touch of Sun” in Newport News while studying Business management at Thomas Nelson.  After becoming a sub-contractor for Clayton Homes in 2004 he joined the service team in 2006 then moved to the sales team in 2008 later becoming the Sales manager.

Through his passion for customer service coupled with his love for home repair and remodeling, Joe found his niche. “I always knew I wanted to make a difference in the lives of others through service” Joe states.  Time management, problem solving and optimism are all part of Joe’s recipe for success.  His accomplishments can be attributed to his hard work and continuous search for perfection.

In April of 2014 Joe was the 56th person to be inducted into the Clayton Homes Hall of Fame.  Later that year in August is when he took over the role as Branch Manager of Custom Builders Express locations in Ashland and Smithfield.  Joe then reached another goal of his and was inducted into the CBX hall of fame in 2016.  Joe currently is operating as Branch Manager of the Smithfield location and building strong relationships throughout the area.  He is focused on his clients and dedicated to their well-being.  He maintains honesty and integrity with every interaction. 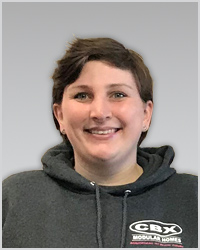 Meagan is the Office Manager and Service Coordinator for CBX. She joined our team in March of 2014. Prior to her joining our team Meagan worked various customer service and sales positions. Meagan also attends Western Governors University. She is studying for her Bachelor’s Degree in Human Resource Management and is working towards having her Master’s in Business. Meagan has a bubbly personality and a true desire to help those around her. She has become a great asset to our company! 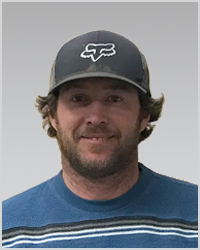 Darrell was a heavy equipment mechanic with the United States Army for four years, he later went to work at H B Hankins Inc as a Grade Foreman for nine years and was in charge of large jobs such as the well-known Hampton Roads Convention Center. Darrell joined our team in 2010 as a Jobsite Foreman and does all of the grading, lot preparation, and assisting with completing the foundations for our homes.